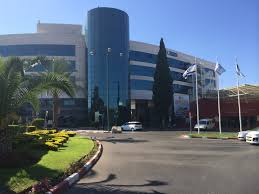 A Hamas terrorist who attacked a prison guard on May 2, 2018 was transported to Assaf HaRofeh Hospital later after complaining of chest pains. He was admitted to the hospital and he died on motzei Shabbos. As is in the case of the death of any prisoner, a probe has been launched.

The dead prisoner was a resident of eastern Jerusalem, 54, and serving a thirty-year- sentence for attempted murder. He has been imprisoned since 2014.