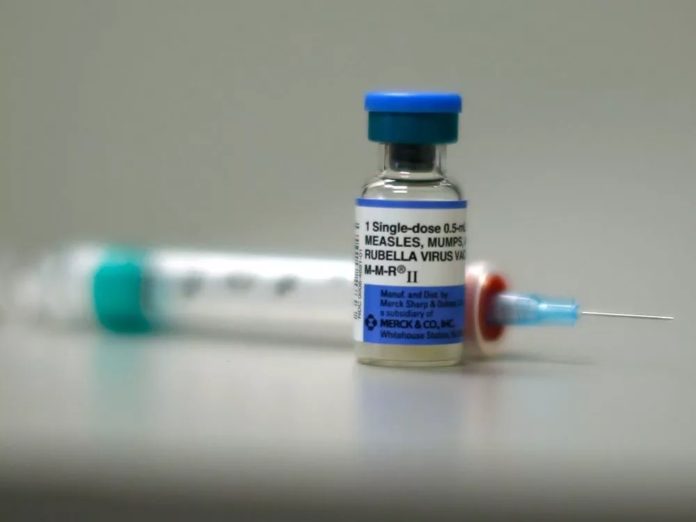 Israel’s Health Ministry has released yet another measles alert, this time for passengers on an El Al flight.

The alert is for passengers who were on board El Al flight LY2652, which left Kiev and landed in Ben-Gurion International Airport a few days ago. They are being informed it has been learned one passenger had the measles. Persons who flew on the flight and showing signs and symptoms of the illness are instructed to visit their family physician immediately. No exact date was given for the flight, which is not daily.

Unfortunately, the spread of measles is prominent in the frum world, in North America as well, leading to at least 2000 people in Monsey getting vaccinated since the outbreak, as reported by YWN.

Meanwhile, Health officials in Rockland County say the number of people infected with measles has more than doubled in the last few days. There are now 33 confirmed cases and doctors say they’re monitoring 5 other patients who may also have the virus.

YWN reported last Wednesday that the CHEMED Health Clinic in Lakewood was urging people to make sure they get vaccinated after there was a suspected case in the community.

YWN published a story two weeks ago about a measles outbreak in New York, with 6 residents of Williamsburg and multiple residents of Rockland County confirmed to have the disease.

The Viznitz Monsey Girls School announced that any child who is not immunized, can’t return to school for 21 days. No “religious exemption” is accepted. A religious exemption does not work when there is a measles outbreak.

Last week, YWN published an article where MK (Yisrael Beitenu) Yulia Malinovsky on Monday, during a session of the Knesset Health Committee, blasted the chareidi public of intensifying the spread of measles in Israel because so many of the community refuse to vaccinate.