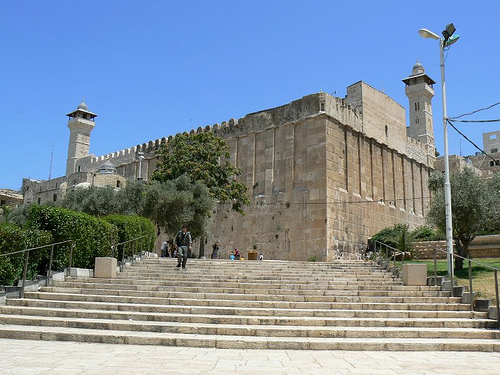 It appears that Israel’s peace partner, the ‘moderate’ Arabs of the PA (Palestinian Authority) areas throughout Yehuda and Shomron” are not as peace-loving and many claim them to be.

The latest excuse given for Monday’s anti-Israel violence by Arabs in Chevron stems from the cabinet decision on Sunday to include the Ma’arat HaMachpelah in the new list of national heritage sites, enough to provoke violence among PA residents in the City of the Fathers.

Monday morning was accompanied by attacks against Israeli motorists and security soldiers in the city, including rocks, firebombs, burning tires and other act of violence. A number of people sustained light injuries in attacks, including security personnel.

The cabinet on Sunday also included Kever Rachel in its decision, marking it too as a national heritage treasure, sending an unwanted message to Israel’s enemies, including PA Chairman Mahmoud Abbas (Abu Mazen).

Responding to the Arab reaction, the Residents Council of Judean (Yehuda) Residents released a statement, “it is no surprise that the Arabs are displeased with the decision regarding the Machpelah, for according to them, we have no claim to Tel Aviv. We commend the cabinet on its decision and call upon the government to remain firm and not give in to Arab terrorism and violence”.