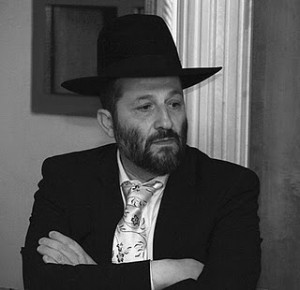 Deri was asked to comment on the growing secularist movement which seems committed to the ideals of the late Tommy Lapid, the founder of the Shinui Party. He stated the core of the problem is the lack of achdus in Am Yisrael which simply strengthens Israel’s enemies who seek to annihilate us. He stresses our only true weapon in unity.

This of course led to a discussion regarding the widening chasm between the frum and secularist communities, to which he stated that in his travels around the country, seeking to spread Hashem’s word, he realizes that those among us who feel compelled to burn Israeli flags and continue walking around when the Memorial Day siren is sounded do not contribute to unity among the yidden. Deri adds he is less concerned with the political arena, where “both the chareidim and the secularists benefit”, with each shouting “racist” and “anti-Semite” and reaping the political rewards of their actions.

Distorted facts and figures regarding chareidim he laments are contributory factors to the fear and disdain for the frum community.

He warns the trend may gain additional momentum, pointing out “who would have thought that [Tel Aviv Mayor Ron] Huldai would speak out as he did”. He feels this is a signal, that such sentiments are gaining support, permitting the mayor to release such volatile statements.

Deri feels the reports, statistics and data released are at the heart of the problem, detailing that one must know who is behind a report and who released the numbers. He feels that a research institute must be established, or it should have been some time ago, where the academics would study and probe and release true information, not tainted reports. Deri feels there are chareidi academics that are qualified to release information that would be respected by the general public. Deri questions the validity of recent studies, explaining behind them are journalists who are now portraying themselves as investigative and Rabbi Regev, who is affiliated with the Reform Movement. He asks “since when have they acquired an expertise in statistics?”

The former Shas party leader warns that in our naiveté, we are not taking the matter seriously enough. While we should be conducting our own research, alternatively, we find ourselves responding to every journalist who decides to slam the chareidi community.