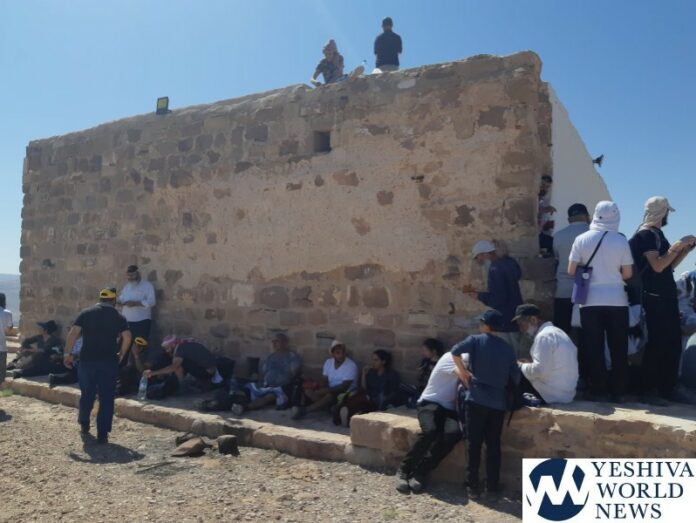 Four months ago the Jordanians closed Aharon HaKohen’s Kever to Jewish visitors after Israelis reportedly were caught performing “Jewish prayer rituals” at the site. The site, known in Arabic as Jabel Haroun, is located near the city of Petra.

The decision was made after the meeting between Israeli President Reuven Rivlin and Jordanian Prince Ghazi bin Mohammed, chief advisor to His Majesty King Abdullah II for Religious and Cultural Affairs and Personal Envoy of His Majesty. The meeting took place during Rivlin’s recent work trip in London.

Rivlin notified Foreign Minister Israel Katz about the decision to reopen the site and asked him to notify the relevant diplomatic personnel that trips can once again be organized to the site with notification to the Jordanian government ahead of time.

The site is a popular pilgrimage for Jews particularly close to Aharon Hakohen’s Yartzheit on Rosh Chodesh Av.

Jordan had the site closed to visitors after Jews were caught on film praying at the site before the Yartzheit. According to Jordanian media reports, a group of some 500 people arrived in Petra without giving advanced notice to the Jordanian government in order to pray. The Jordanian media stated that the worshippers performed “Religious Talmudic rites” at the tomb.

The Waqf who is in charge of the site issued a statement that said: “The decision to close the site was arrived at due to tourists illegally entering the site without notifying the government. Our office condemns this type of action and an investigation was opened. We will come to terms with the people who allowed this group to enter the premises.”

YWN has reported multiple times about a group of Jews that usually travel to the Kever each year on Rosh Chodesh Av, which is the Yartzheit of Aharon Hakohen.

There have been incidents with bringing Tallis and Tefillin to Daven in Jordan.