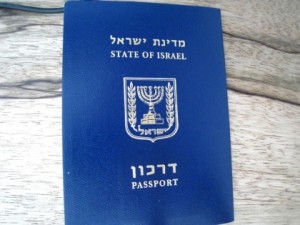 According to Interior Ministry officials, during the first six months of the experimental program, 200,000 Israelis have applied for a biometric identity card and/or passport. Officials state that the fact that 50% of the visitors to ministry offices are seeking the new voluntary biometric option shows the public does trust the project and is not deterred by those warning its security risks outweigh the benefits.

Applicants are photographed and their fingerprints scanned into the system. In addition, they are asked numerous questions and private information is entered into the national database, which the experts explain is stored in two different locations. This is an added safety feature as even if hackers penetrate a system, the data is encrypted and stored in part in two locations, so the hackers will not get the information they seek. The new identification card carries layers of protection, including retina scans, fingerprints, photograph and holograms.

Once the experimental period has ended the government will evaluate its success and decide if the entire country will move to the biometric option. The government also plans to activate its new website www.piba.gov.il in 18 months, and holders of a biometric ID card will be able to use the card and their PIN number to access many government services online instead of having to visit a government office. This will include downloading official state documents.