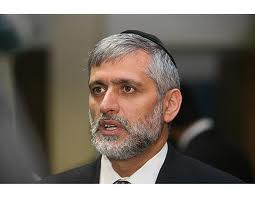 Rosh Yeshivat Kisei Rachamim HaGaon HaRav Meir Mazuz Shlita, Shas MK Eli Yishai’s rav, is scheduled to meet on Monday morning 23 Kislev with HaGaon HaRav Shimon Ba’adani Shlita, a member of Shas’ Moetzas Gedolei Yisrael. The meeting is believed to surround the imminent resignation from Shas by Yishai, who is likely to launch his own party.

The meeting will be held in Bnei Brak, a final effort to prevent Yishai from breaking from his political home of the past 31 years.

Prior to the meeting it was learned that after consulting with Rav Mazuz, Yishai plans a Monday afternoon press conference in Yerushalayim at which time he is likely to announce his resignation from Shas.