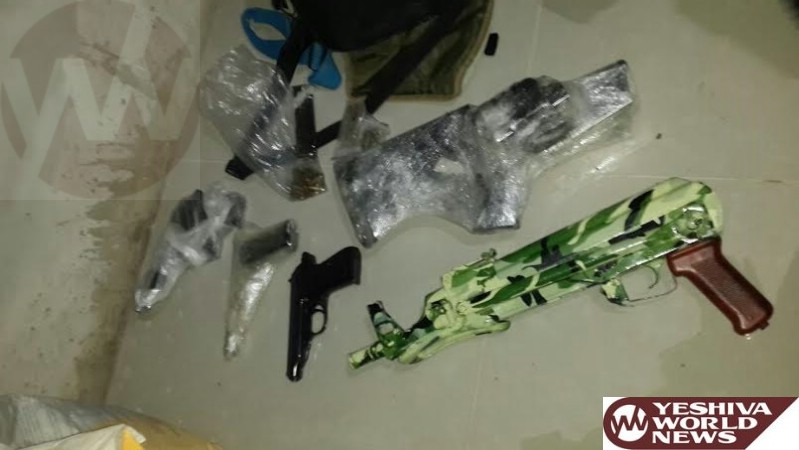 Police of the Shai (Shomron-Yehuda) District report on Sunday, 17 Kislev that in recent weeks an undercover investigation has been ongoing involving suspects of and illegal weapons trafficking ring dealing with large quantities of weapons and ammunition.

The investigation led to the arrest of nine suspects and police report a major player in the weapons ring is an Israeli Arab, 45, a resident of the Shuafat refugee camp. When he was arrested he was in possession of a bag that contained three handguns, a Kalashnikov assault rifle, ammunition and parts from other assorted weapons. He was arraigned and his remand extended until December 1st. Additional arrests are expected.