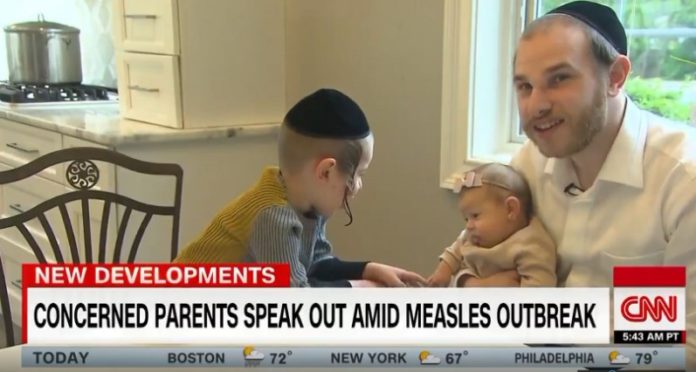 According to the NYC Health Department, as of today, 466 cases of measles have been confirmed since the beginning of the outbreak last October. 379 cases (81%) have occurred in Williamsburg (ZIP codes 11205, 11206, 11211, 11249), which has been under an Emergency Order issued April 9 requiring those who live or work in these ZIP codes to have been vaccinated with the measles-mumps-rubella vaccine (MMR). There have been 34 hospitalizations and nine admissions to the ICU due to complications.

A small number of cases have occurred outside of these neighborhoods but have, to date, not resulted in sustained transmission of measles.

The Health Department today identified three additional cases outside the affected neighborhoods of Williamsburg and Borough Park, Brooklyn. These cases occurred in persons living in Sunset Park, Brooklyn who do not identify as members of the Orthodox Jewish community.

Two of these cases occurred in students who attend New York City public schools; both students had a religious exemption that allows them to attend school without being vaccinated. These individuals did not attend school while infectious. All three of these cases reported spending time in areas of NYC with known measles activity.

In addition, 84 individuals have received summonses for being non-compliant with the Emergency Order in zip codes 11205, 11206, 11211, and 11249 since the City began issuing summonses in mid-April. Any person receiving the summons is entitled to a hearing, and if the hearing officer upholds the summons, a $1,000 penalty will be imposed. Failing to appear at the hearing or respond to the summons will result in a $2,000 fine.

Meanwhile, Shimon Singer from Rockland County was interviewed on CNN in the attached video. Singer owns Turtle Boo, an indoor children’s play center in nearby Spring Valley. Over the past three months, about 40 families have canceled birthday parties because of a fear of measles. He added that there have been no confirmed cases of measles at his facility. 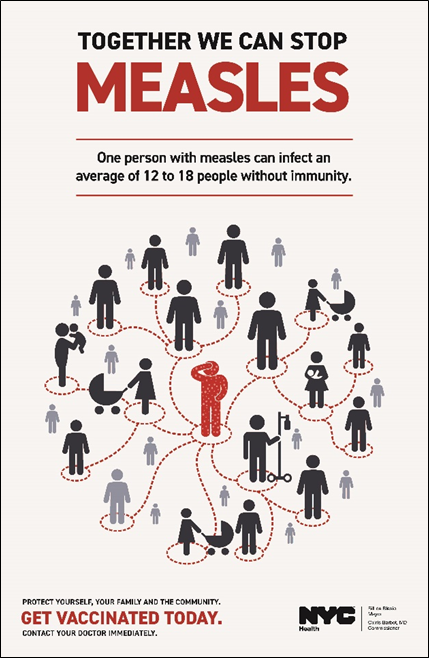