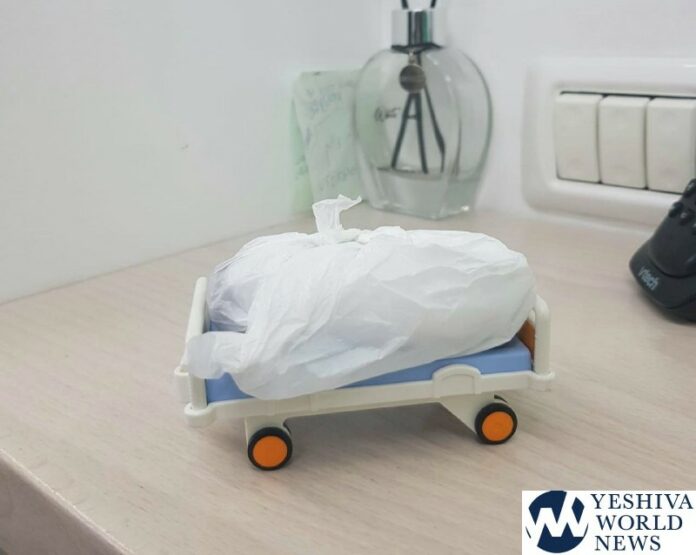 8-year-old Ari Goldberg of Beitar Illit, the son of Rav Elazar Goldberg Z”L who was killed in the Meron tragedy, was found playing this morning with playmobile toys in his home. Ari reenacted the tragedy that took such a heavy toll on his family with his toys.

Eli Rabinowitz, a community activist, publicized images of the game. The images show that Ari put a body underneath a small piece of fabric representing a Tallis while the figure was lying on a bed. Ari was playing with the toy and intending it to be his abba.

After Ari finished playing, he went up to his mother and showed her what he had done. She broke into tears and hugged him.

The Niftar was 37-years-old and a father of four children. The family lives in Beitar Illit and he was one of a number of residents of the city who were killed in the tragedy that transpired early on Friday morning.