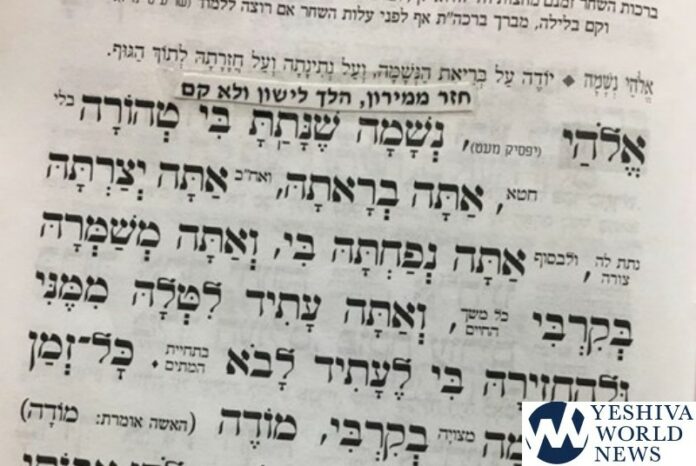 Yehonatan Chevroni, who passed away during the Meron Tragedy, had stuck some quotes from newspapers inside his siddur over the morning brachos prior to his death, in order to help him daven with more kavannah. On Sunday morning during Shivah, his family showed visitors the passages that were stuck in the siddur and it shocked them.

Above the bracha of Elokai Neshama, above the words “Neshama Shenasata Bi” Yehonatan pasted the phrase “He returned from Meron, went to sleep, and didn’t wake up.”

Above the words “Lefgarim Meisim” he posted “Bnei Brak, a 20-year-old man was found in his bed without signs of life.”

Yehonatan’s friend, journalist Dvir Amar, took a photo of the siddur and wrote: “During the shiva visit at the home of Yehonatan Chevroni in the yeshiva of Givat Shmuel, his family showed people his siddur, wherein Yehonatan stuck phrases above the tefillos. It is chilling that specifically the death in Meron was referenced.”

Chevroni, was 27-years-old and a father of three. He studied in the Yeshiva in Givat Shmuel.

His friends remember Yehonatan as a precious soul, who was beloved. According to one friend, “He just wanted to daven by the grave of Rabbi Shimon Bar Yochai. I got to know him well, he was a wonderful Avreich. Hashem apparently takes the good ones. It is unfathomable.” 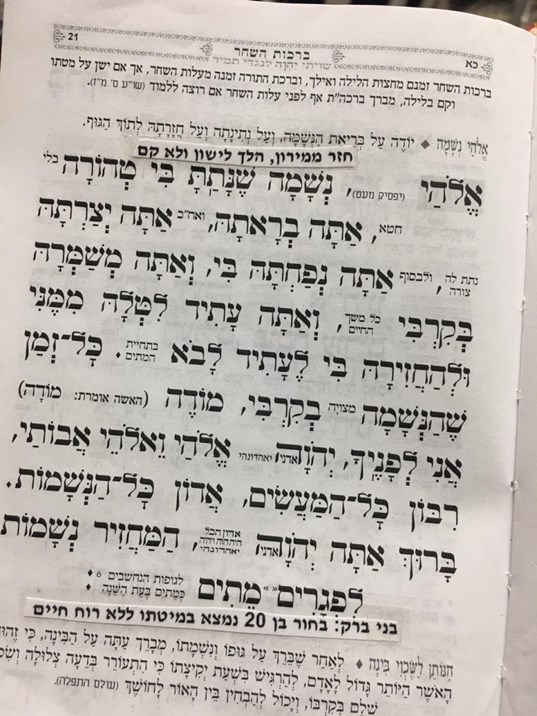