Reb Shimon Matlon, z’l, a 37-year-old Breslover chassid, a father of 11, and a Rebbe in a Talmud Torah in Beitar Illit, lost his life in the Meron disaster.

His friends and acquaintances say that R’ Shimon was a ba’al aliya, was constantly engaged in tzadaka and chessed, and was a true eved Hashem, suffused in simcha and emuna.

On Sunday, Chareidi journalist Yossi Elituv, who knew the niftar personally, published a letter that Reb Shimon, z’l, entrusted with his friend last Thursday, requesting that he open it only on Sunday.

When the grieving friend opened the letter on Sunday, never having imagined he would be doing so after his friend’s tragic demise, he was astounded to read the words (in rhyme) that Shimon, z’l had written: 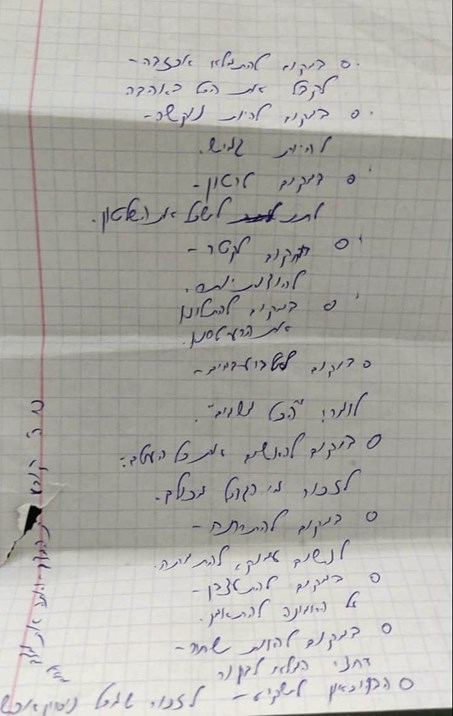