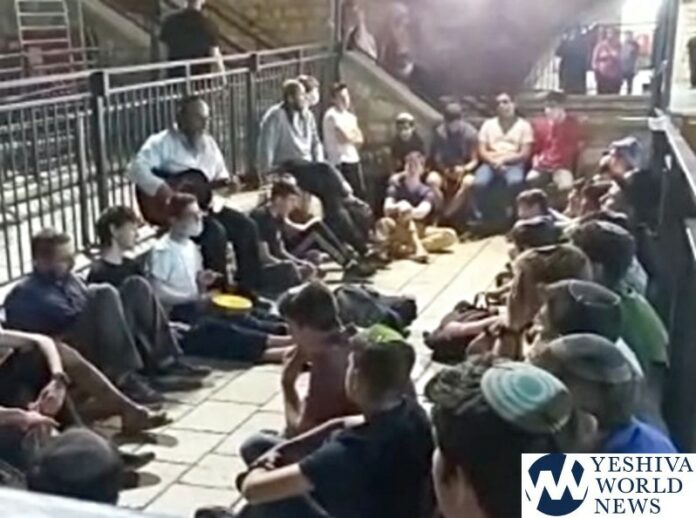 Only three days after Donny Morris, z’l, lost his life in the Meron disaster on Lag B’Omer, his friends gathered near the “walkway of death” and sang songs in his memory.

Donny’s friends and Rabbanim from Yeshivas Shalavim gathered together for chizzuk, singing songs such as Ani Maamin.

“It’s difficult to talk now but Am Yisrael should know that we lost a malach, a bochur that was a malach,” Donny’s Rav, Rav Ari Waxman, told Kan News on Monday.

“He was a bochur that always had a smile on his face. Maybe you saw the photo taken 15 minutes before he was taken from us – you see the light on his face.”

“No one could remember a time when he wasn’t smiling, he always had something nice to say and was loved by his friends. He was always thirsty for divrei Torah.”

Two and a half weeks ago we walked together from Sha’alvim to Yerushalayim. The Master of the World wanted you in Yerushalayim shel ma’ala, and I miss you so much. pic.twitter.com/ykanLGzv4Q