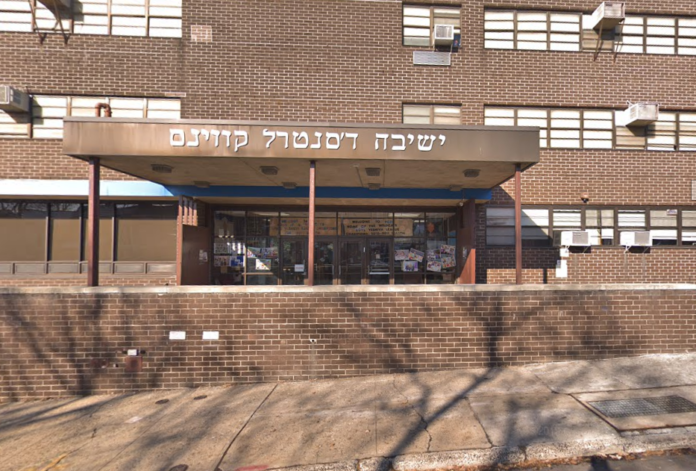 The NYC Health Department announced Monday that it has closed Yeshiva of Central Queens for failing to comply with an Order of the Health Commissioner in response to the current measles outbreak.

The Health Department said on May 9 it had ordered the Yeshiva (located at 147-37 70th Road in Flushing) to prevent unvaccinated students from attending class for 21 days, following a known measles exposure at the school.

Yeshiva of Central Queens (YCQ) will not be allowed to reopen until the Health Department reviews and approves a submitted corrective action plan that addresses the lapses in complying with the ban on unvaccinated students.

YCQ is the 9th school closed in the city during the current outbreak, though the first one not located in Brooklyn. The previous 8 schools, most of them Yeshivas in Williamsburg, have been authorized to reopen under Health Department monitoring after submitting a corrective action plan that was approved by the Department. 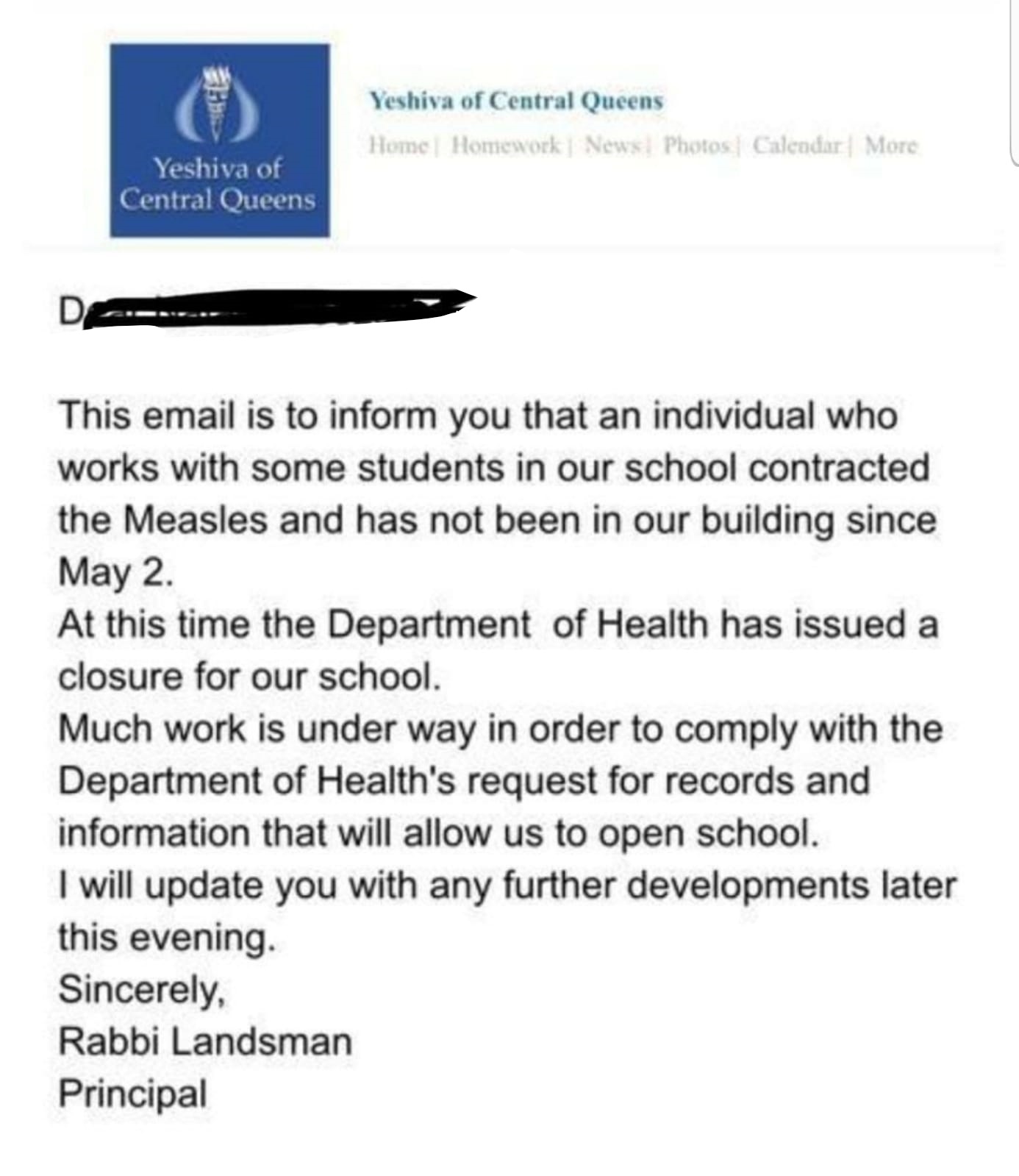 It comes as the city struggles to contain the nation’s worst measles outbreak in a generation. Health officials announced that the tally of infections kept climbing last week, hitting a new high of 498.

More than three-quarters of the cases, 399, are in the ultra-Orthodox community of Williamsburg, Brooklyn where vaccination rates are below normal.

In addition to closing schools, the city announced it has now issued summons to 98 individuals for being non-compliant with the city’s Emergency Order on mandatory vaccinations. Any person receiving the summons is entitled to a hearing, and if the hearing officer upholds the summons, a $1,000 penalty will be imposed. Failing to appear at the hearing or respond to the summons will result in a $2,000 fine.

Additionally, U.S. health officials announced Monday that this year’s count of measles cases nationwide has reached 839, the most since 1994, when 963 were reported for the entire year. (There are still more than 7 months in 2019.)

LOOK: The #NYC Health Department sent this letter to guests of a Chasuna in #Brooklyn after learning a guest had been diagnosed with #MEASLES. It can take 21 days after exposure for symptoms of the disease to take effect.

In all, 23 states have reported cases this year. The vast majority of illnesses have been in New York — most of them among unvaccinated people in Orthodox Jewish communities. That pattern continued last week, with most of the 75 new cases coming from New York State.

Measles was once common in the U.S. but gradually became rare after vaccination campaigns that started in the 1960s.

“In order to prevent outbreaks in new areas of the City we need parents to get their children vaccinated and schools to exclude children who are not up to date with the measles vaccine. We continue to urge unvaccinated New Yorkers to get vaccinated against measles as soon as possible,” said NYC Health Commissioner Dr. Oxiris Barbot.