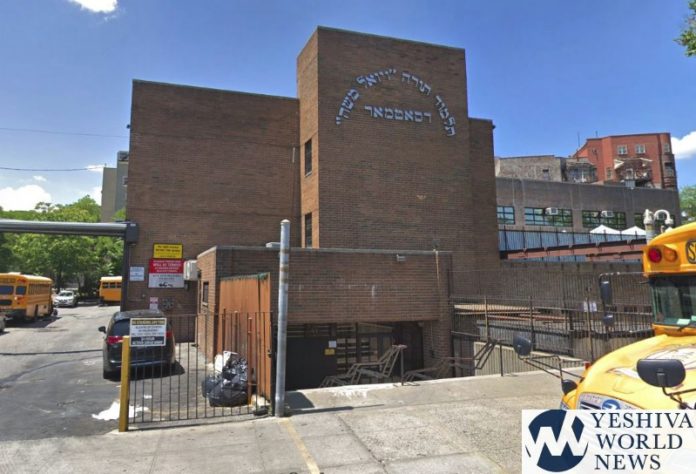 The Health Department announced today that it has closed two schools in Williamsburg for failing to comply with an Order of the Health Commissioner in response to the current measles outbreak.

UTA of Williamsburg – Yeshiva Torah V’Yirah (590 Bedford Avenue, Williamsburg, NY 11249) was closed today for failing to provide sufficient proof of immunity for a child who was present at the school and for allowing unvaccinated children and staff on site.

UTA 212 (212 Williamsburg Street, Williamsburg, NY 11211) was closed for allowing 35 students who were either unvaccinated or did not have the required number of doses of the measles-mumps-rubella (MMR) vaccine to attend school. The schools will not be allowed to reopen until the Health Department reviews and approves a submitted corrective action plan that addresses the lapses in complying with the Commissioner’s Order.

“The spread of measles may be slowing down but we are not,” said Health Commissioner Dr. Oxiris Barbot. “This is a message to all schools that have been ordered to exclude unvaccinated children — we will not stop our enforcement until the outbreak comes to an end. School staff must do their part to help us end this outbreak and keep New Yorkers safe. We also continue to urge everyone to get vaccinated to protect themselves, their families and their communities against measles.”

Since the April 9 Emergency Order, 51,124 MMR vaccinations have been administered to children 6 months to 18 years citywide, a 38% increase when compared to the same time period last year. Of those immunizations, 3,844 vaccines were administered to children in Williamsburg, a 99% increase in that neighborhood compared to the same time period last year. The Health Department credits this increase in part to partnerships with community organizations and community leaders within the Orthodox Jewish community, who have not only encouraged vaccination, but have worked with the Health Department to organize vaccination clinics and vaccine education and awareness events.

[AND SO IT BEGINS: Sullivan County Locals Verbally Attack Orthodox Jews Over Measles]

[NYC Closes ANOTHER Satmar Yeshiva in Williamsburg Due To Measles; Violations Issued As Well]