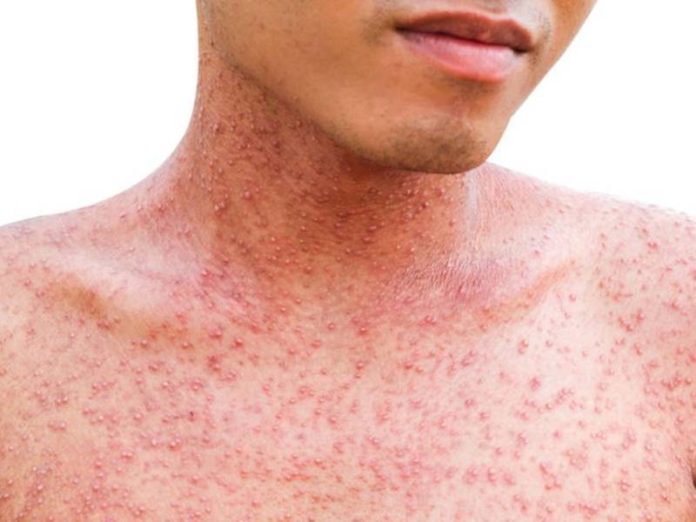 Tens of thousands of Orthodox Jews will be making their way to their summer homes and camps in Upstate NY in the next 3 weeks, and some locals are becoming vocal about their concerns that there is a measles outbreak in the community.

YWN has received multiple reports over the past few weeks of local residents in Sullivan County making nasty comments towards Orthodox Jews about vaccination and measles.

YWN has learned of incidents in Fallsburg, Woodridge, Walmart in Monticello, and most recently (over Shavuos) on a road in Kiamesha / Monticello. In all the incidents reported to YWN, Jews were either yelled at or cursed at – thanks to very small anti-vaxxer population.

One person told YWN they were warned not to come upstate for the summer.

On a local Sullivan County Facebook page, which has a long history of allowing anti-semitic comment to flow freely, the attached image was posted last week. As could be expected, the hateful comments about Jews, taxes, food stamps, and driving minivans upstate followed the post. 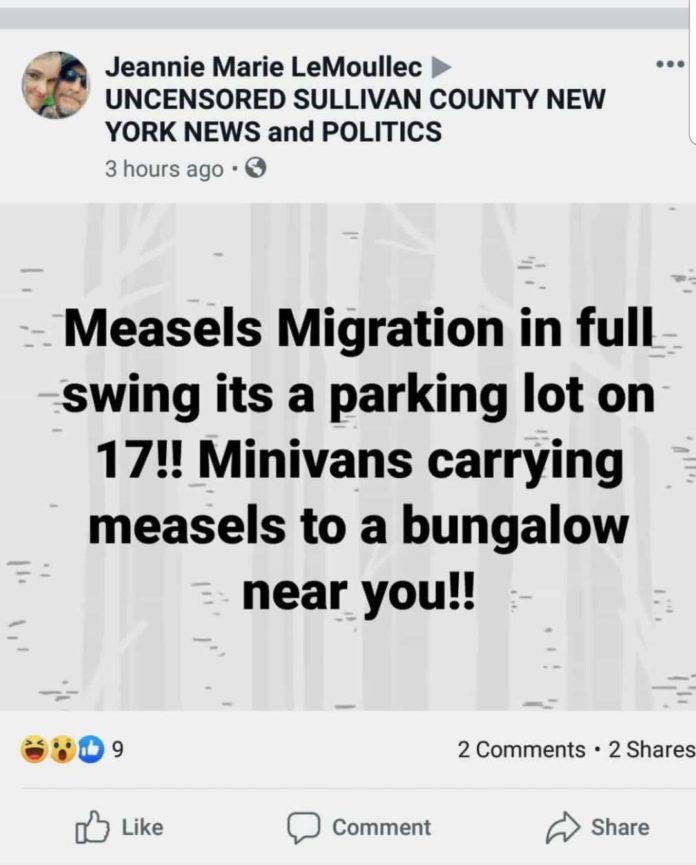 Last month YWN reported that the Sullivan County Legislature has approved measles vaccination requirements for summer camps. It mandates that camp health directors verify that all their campers and staffers have presented appropriate evidence of immunity to measles, or have presented proof of a valid medical exemption. Any violations could result in a $2,000 fine being levied upon the camp, per violation, per day.

Meanwhile, the Sullivan County Health Department says there may have been measles exposure at multiple locations, including Yeshiva of South Fallsburg, Vizhnitz (Gibbers), and Garden Terrace.

Recently, a local resident penned a letter to the YWN readership regarding her son who received a heart transplant five years ago and is immunosuppressed. She pleads with the anti-vaxxers to take her son into consideration.

YWN has confirmed that dozens of bungalow colonies and developments have sent letters to their residents demanding proof of vaccination or they will not be allowed into the premises for the summer months. All of these locations made this decision following consultation with leading Rabbonim.

[NYC Closes ANOTHER Satmar Yeshiva in Williamsburg Due To Measles; Violations Issued As Well]